It really is a place, and it is home to one of Northern California’s best mountain bike races.
The conditions for this race vary a lot from year to year. Typically this includes lots of mud. Favored bike selection is usually a single speed because by the end of the race, you’re probably going to have to replace most of your drivetrain. This year it was dry and fast. I chose to go with gears and it was a good choice.
The pace was fast right from the start, but the field spread out by the top of the first major climb. I mostly rode the rest of the first lap by myself, before a Sho-Air rider caught me and we pushed each other with a really hard pace for the next lap. 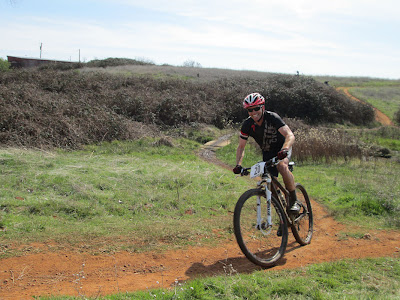 At the start of the final lap, I hit it hard and opened a gap, but he caught me a couple of miles later. We went back and forth for another mile or two before the gap opened back up and I managed to hold him off to the finish.
I ended the race with a big smile on my face in 4th place.
Scott C
Cool, California