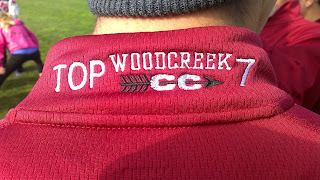 It’s taken me a little while to gather my thoughts on this last Cross Country running season, my last season. Ever.

I have run for my schools team all 4 years of high school, all of middle school, as well as several years of club running. I was never very successful in high school running. I was a mid pack runner, on a top tier team. The guys Varsity team won League and went to State every year except my Freshman year, and that year we had a runner win the League meet and go to State as an individual. I never though I had a shot at success in running, especially on my team. I am proud to be on a successful team, I just never though I would have success as an individual.

But even with that in mind, I came into my Senior season determined to do the best I could. I hit every single workout, including the optional ones. My goal was to make it into the top 10 guys. The top 7 are the Varsity racing squad. I thought I had no shot to make that at all. If I could be an alternate, and get one of the top prestigious 7 jackets, (Coach generally gives out 3 extras to the next 3 guys, in case there’s an injury) I would be STOKED. 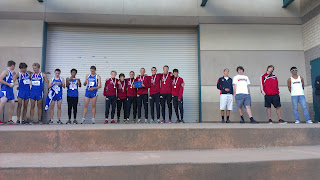 My season went so much better than I, or my coaches, imagined.

Anyway, my work this season truly paid off. I made it onto the Top 7 team as the #7 runner. I had earned a jacket! Our team won SFL league, we went on to take 2nd at D1 San Joaquin section. Only the top 2 teams move on from sections, and the competition was fierce  We were beyond stoked to make it. We didn’t know if we could, and when we found out the score, our team was ecstatic  We had made it to D1 state. That was our goal, and we made it.

Our team actually didn’t have a great showing at state. I personally had a terrible race, probably my worst of the season. I ran the state meet course over a minute slower than I had a month before, when we had come down to check it out. Only a few of the guys were happy with their races. But we were still happy, because we had accomplished our goal of making to state as a team. 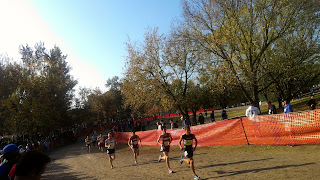 Sometimes it is more about the journey than the destination. I gained so much from this season, it showed me how far one can truly go when they work hard. I was stoked to have the chance to run with a great group of guys, and that we accomplished out goals. 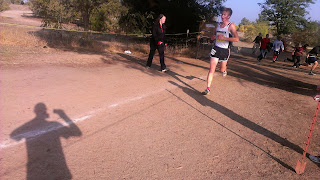 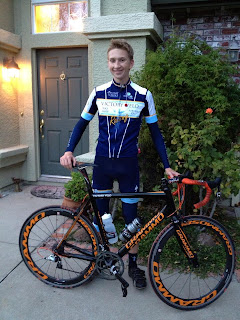 Now that running is over for me, my life is all about T.I.T.S. Time In The Saddle. (joke courtesy of Kris Morin) Base training time, hours and hours on the bike, in the cold, stormy embrace of winter. And I’m stoked to be back on my bike, and in the saddle. Let’s see where this new quest leads.  I’ll keep you posted.