The time has come to say farewell to a trusty product from the Grammo catalog.

After 5 years of service the Viper line of carbon wheels is finally come to the end of its production. 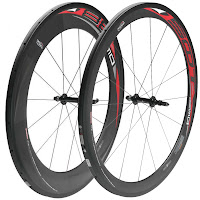 With the internal development of the Flow Wheels and their latest version the F Series, Grammo now have wholly owned and developed rims and wheels that will take them forward for the foreseeable future.

The Viper line has been globally successful, and while not a unique product, they have been everything they were destined to be.  Part of race success stories all over the world.

With the initial testing of their successor back in 2010, some may think that the new models have been slow to hit the market, we would say they have been tested and proven in the lab and in the real world for just the right amount of time to consider them now the correct replacement for the trusty Viper range. 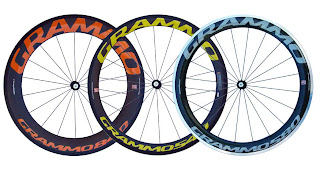 From a distance they look the same (round and black) but get up close and you see the differences that make the new F Series wheels out perform the older Viper wheels in every area.

The rim is a wholly owned and produced design that features a new slippery profile, rim depth and width.  The attention to detail does not stop at sheer looks, the rim was tested in software (computational fluid dynamics) then in the wind tunnel at Auckland University, before finally being fit to bicycles and tested in the real world.

The results speak for themselves, with documented proof that the F Series wheels out perform the Viper wheels, it is not a leap of faith to realize that they also out perform much of the competition.

So to the initial point of this message, the Vipers are now at the end of their career, and we are offering them at around 50% off the MSRP.

They won’t last long at that price.