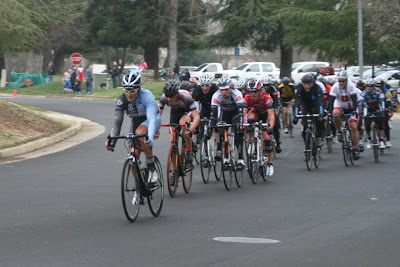 Hey all! So last weekend I raced a crit. As many of you know, I am not an experienced roadie at all. I have grown up on the dirt, I love the dirt, I know DIRT. I use the road bike for training, more and more as time goes on, but I have raced very little road.

This was my 3rd ever crit, and my very first racing E 5 with the adults. I was a little nervous, but very excited because I have honestly enjoyed the speed and tactics of crits. My mom, on 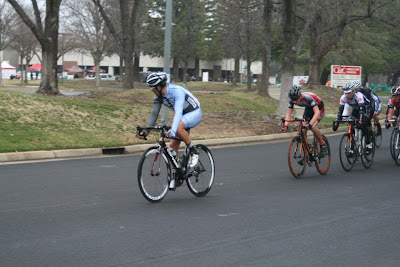 the other hand, does not like them. She would rather have me competing in Red Bull Rampage or Crankworks Slopestyle, because at least then I would be padded up, on the dirt, and in full control of whether or not I 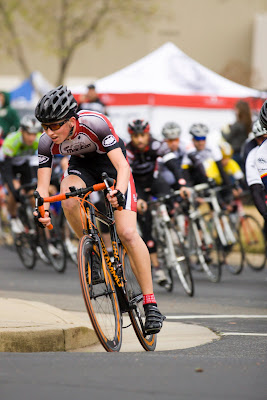 crash, with no outside interference. But I wanted to race it, and my coach said race it, so I did.

I was really happy to have some friends in the race, and went into it planning on working with them. Off the line, I got up into the front with my friend Scott Hooper and another friend Jared Kessler. We all stayed up in the front for most of the race taking turns sitting in on each other and other riders and attacking and reeling in other attackers.

It was cool for me to race with Jared. He’s a Pro mountain bike racer for BMC, and most of my races I end up in another category because I’m high school 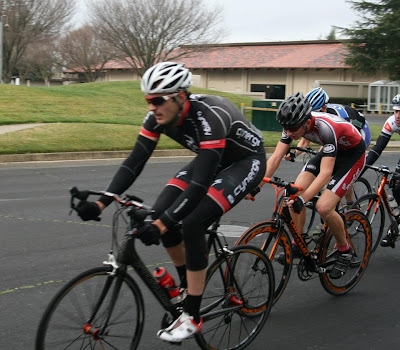 expert/varsity. It was fun to work with him, and he and Scott gave me some good pointers after the race. Anyway, I digress.

So we were all up in the mix until 2 laps from the finish. Shit hit the fan. There was a crash on the turn before the start/finish, and another on the next corner! I didn’t know about the first until after the race, but I can’t believe I didn’t go down in the second. Apparently one of the riders behind me dove the corner too hard or slipped on the paint (it was misting lightly), got squirrely, and took out riders in front and behind him. Someone hit my rear wheel hard enough to leave a rubber mark 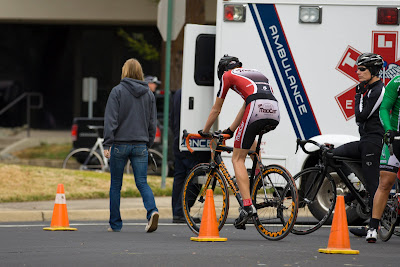 all the way down the decal on my Grammo 580 wheel (wheel is fine, rubber cleaned off easily). One of the riders next to me said he saw it and he can’t believe I stayed up. My girlfriend was standing on the corner while this all happened, and watched me almost crash. I don’t think it makes her want to race crits at all.

But I stayed up, and tried to catch the front of the race, but I had lost a lot of 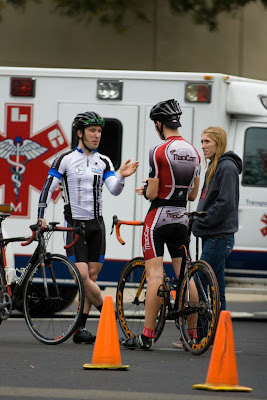 speed in the mayhem, and couldn’t get back up in time for the sprint. I was a little bummed that I finished mid pack. Jared won the sprint finish, and Scott was up in the top 10 as well. I had fun and learned a lot from this race. Big thanks to Alex Chiu for the awesome race pics, he’s a great photographer!! Thanks again, Alex! I’m excited to race another soon, and hopefully get my upgrade to E4. Tomorrow I’ll be racing TBF, then the NorCal High School XC season opener the following Sunday. Both are at Folsom Lake and on my home course. The NorCal opener is going to be a massive race. This will be my first Varsity NorCal race, as well as my first NorCal race on my Grammo Toa 29er! Hope to see you all there. I’ll keep you posted.