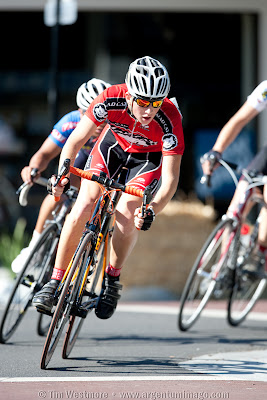 Hey all! So last Monday I raced the annual Davis 4th of July Criterium on my Grammo C3. This year’s Davis crit could have been called the 4th of July Crash-fest! Anyway, back to MY story. In some ways my crit race went bad for me, but in a lot of ways it was very good. We were running late that morning, and I di 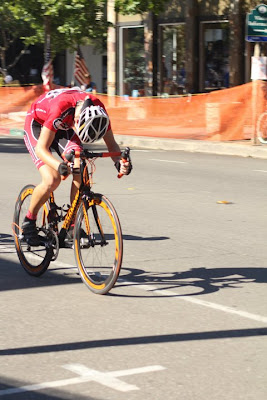 dn’t get enough of a warm up before my race. Lesson learned. Also, in Junior road racing there is a rule called Junior rollout, which limits your max gearing so that it’s better for our young growing bodies and it teaches us good cadence. Right, well I don’t have that gearing set up normally. My dad tried to set up the gearing right the night before and unfortunately it was slightly off. Lesson learned. So right before the race I had to limit another gear. This caused my bike to not shift correctly off the line. This coupled with my lack of a full warm up and my inexperience in crit racing… left me out in the cold and dropped right off the line. Halfway through the first lap, I was shifting right again, but it was too late. I was on my own. I don’t 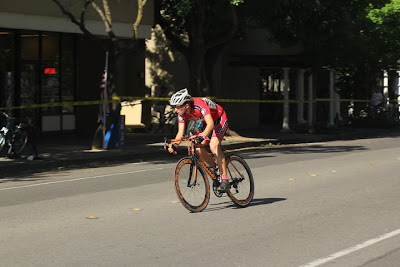 know a ton about road racing, but I knew that this was bad. So I put the hammer down. I was pissed at everything and I wanted to catch that lead group. I got in my own personal hurt locker and stayed there, alone for many laps. I was blasting through small dropped groups, and then I finally caught the first chase group off the leaders group. I made a mistake here too. Instead of motoring right on by, as I learned later that I should have, I rode up alongside their group and took the lead. Lesson learned. I was hoping to work with someone to try to catch the main group. One other guy took a turn up front, and then I was back on. Then I tried to let someone else take a turn, but the guy behind me wouldn’t go. I tried to move off to the side a few times, and I hollered at him, but he wouldn’t come around. Then he suddenly ca 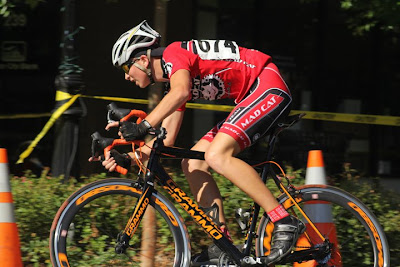 me around me on a corner, as well as two other guys, and they all started to sprint. I had forgotten to look for lap cards, and it was the last final lap. Lesson learned. I got up and sprinted it in, coming in the middle of our small pack. I ended up placing 13th out of 22. I did learn something encouraging after my race. Apparently I attracted a lot of attention from spectators, as a lone rider, on a really cool bike, trying to catch the field from behind. The dad of one of my sisters top competitors, who didn’t know me at the ti 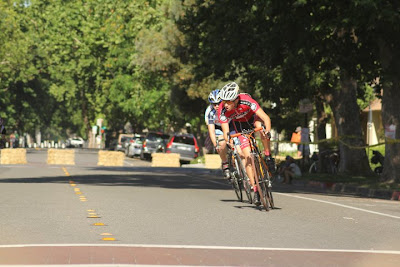 me, noticed me, thought I was looking strong, and started taking splits. Afterwards he told me that six of my solo laps 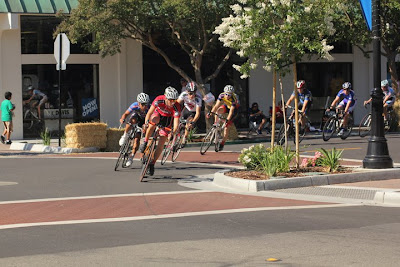 (once I was shifting better and completely warmed up) were faster than the lead pack as a whole! I was super stoked to hear that, and knowing that makes me even more excited for my next crit. So, in the end I learned many lessons, I enjoyed the race, and I didn’t crash! I’ll keep you posted!

Lessons from the Crit Side

One thought on “Lessons from the Crit Side”