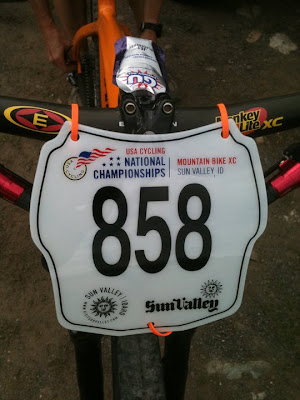 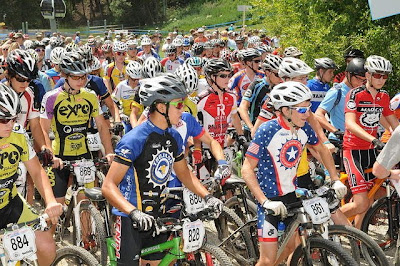 Hey all! My first trip to US Nationals went pretty awesome! The venue at Sun Valley, Idaho, was absolutely beautiful. The weather was perfect, the sunshine was endless (doesn’t get dark till 10 p.m.) and there were big cheering crowds every day.

Honestly, the Grammo Toa was THE bike for the XC course. Because my points had me in the top 10 in the Nation, I got a call up to the front line. Without this, my race would have been very different. I took the lead off the start, and heard huge chaos happening behind me. I led the charge up the brutal climb (best feeling EVER) with my competitor and friend Alec Crowfoot close on my wheel. My Toa was stiff, light and fast on the climbs, with excelle 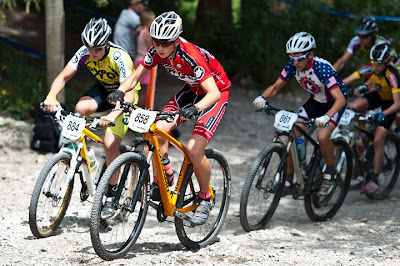 nt power transfer. The race was brutal, and my biggest problem happened early on during the first of the two prologue laps when I got taken out hard on a fire road corner by another racer. I don’t even know what happened, I was hammering, and then out of nowhere I was hit and landed hard, somehow ending up with a foot through my frame. But the bike and I were fine, up and back in the race instantly. I did manage to tweak the bars, but this was remedied while riding though use of strong contact to the wheel/tire (I punched my tire with my fist until it was straight with my bars while riding at full speed). 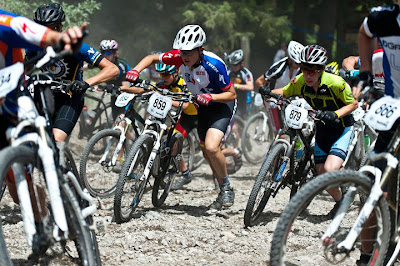 At the start of the long amatuer loop, there was a long technical section of single track climbing that got clogged by earlier waves and was later titled the “Conga Line” by racers. Although it was miserable to get caught in the Conga Line, it was really nice to have the internal cable routing of the Toa, so while I was jogging with the bike I could pick it up without worrying about the cables. I was psyched when we hit the decent knowing that I was in the top ten. I took off like a rocket. The tapered head tube and stiff frame of my Grammo is super responsive and snappy on the switchback descent. This helped me aggressively pass people on the inside of the switchbacks. I even got some thanks from racers I passed on the final descent, because after I passed them they liked the way I was cornering, and used it themselves. The descent was all skinny single-track and hard switchbacks, so the only way to pass without the rider in front stopping or dismounting was to rail the inside of the corners, moto-ing with a fo 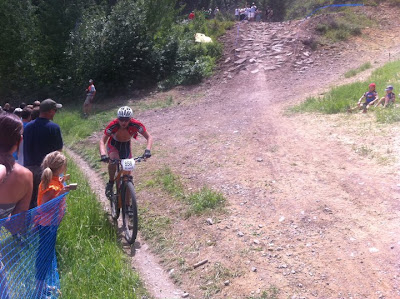 ot out and brakes locked, blowing dirt all over the place. It was awesome. I honestly think that I was faster through the corners on my Toa than the full suspension I used for the Super D. I was so stoked with how my race went. A top 10 finish in XC was what I needed to win in the All Mountain competition, and I WON! This is the official end of my XC MTB race season, and what a way to end it! I had my best race of the season, beating most of my usual competitors. I took 7th out of about 70 Cat 2 15-18 riders. I went into the race hoping to be top 25. To get into the top ten and come so close to the podium was such a great feeling.

I have to thank my parents and grandparents, without them I would have no way of doing all of this, I love them very mu 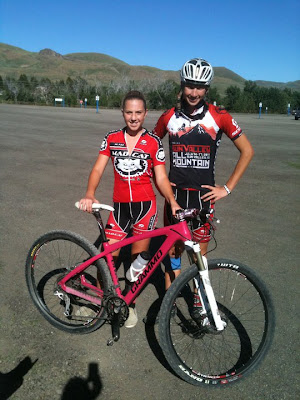 ch! I want to thank my awesome coach, Paige Ramsey, who coached me through an excellent season that helped get me to Nationals and peaking there just as planned. Her advice on being more aggressive in regards to passing helped a ton, as did the advice to increase cadence on the climbs. All the hours in the gym doing those awful dead lifts, thank you…I think! I also want to thank Asa Salas and George Dunkum for everything they do for my sister and I, especially for hauling us to races all the time, making sure we have bikes to race, and laughing along the way. Huge thanks to my sponsors at Grammo, my bike shop Mad Cat Bicycles, and my friends at Placer Foothill Mountain Bike Club who support me on and off the trail and have been central in helping me realize my racing goals this year! Last but not least, I want to thank everyone who reads my blogs, cheers me on, and encourages me daily. Without all of this support my season would not have been possible nor would I 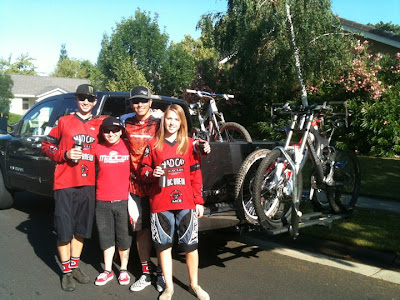 have had so much fun and so much success. I’m off to Northstar to celebrate with some down time (or air time), hopefully I’ll be racing some downhill soon. I’ll keep you posted!

Grammo Goes to US Nationals

3 thoughts on “Grammo Goes to US Nationals”