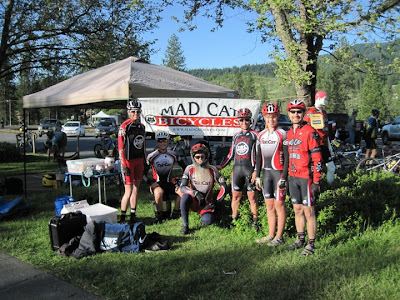 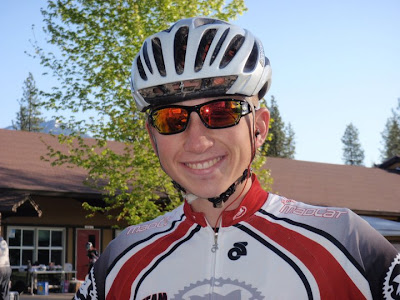 Hey all!! So, first off, I am officially a High School Junior!! Finals are done, schools out, and I am stoked for this summer! Last weekend was the Weaverville 6 hour mountain bike race, and I was there to defend my junior series win from last year. We had the whole Sacramento division of Team Grammo there (Avery, Asa, and I) and there were also three more Mad Cat teammates with us this year making a very fun group of 6 racers (George, Phil, and Dee)! It was so much fun; we all stayed in one big hotel room and the pillow fights were epic. The 12ish mile course was basically a giant Super-D course. After the steep 3 mile fire road climb in, the rest was all either light downhill trails, or gently rolling XC trails that had a downhill attitude. The descent was so much fun, super 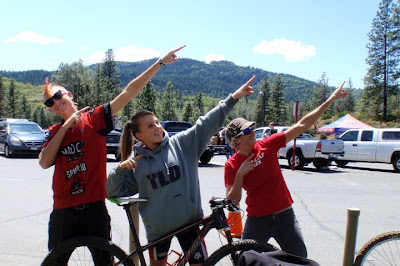 fast with super smooth, flowy bits and some nice little kickers. I had an awesome time doing little whips and tweaks! I did 4 laps, which was my maximum from my coach as I was still recovering from state champs. On my last lap, I got to pace and cheer for a teammate who was hurting. I stayed with her and encouraged her until she had to walk and told me to keep riding. I was really happy to be able to help out a teammate who really wanted to stay ahead of her competition. Weaverville was a blast, the only exception to the good times was me being the only junior racer there other than my sister. I wish there were more teenage 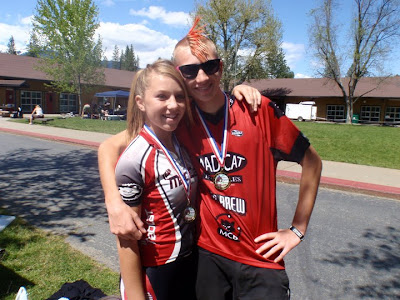 guys hitting the endurance race scene! I might race a crit this weekend, I’ll keep you posted!!