After Santa Cruz I was planning on taking a week off and resting. Wednesday night I decided to go for an easy ride at my favorite place with a good friend. Turned out I’ll be getting a month plus off! 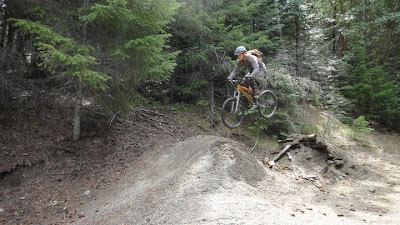 ﻿
This was the jump that decided I needed to rest a little longer. I’ve hit this 30+ times never an issue, till last week. I’ll spare y’all the details and myself telling the story one more time but I can shorten it up by saying I landed pretty far left (if looking at the picture) and managed a head first dive into the ground.﻿ 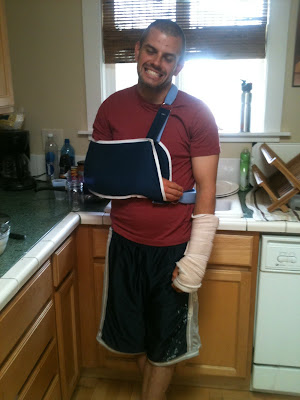 I knew I was in trouble almost right away and when the shock wore off it was obvious I was about to have an expensive day! I ended up with three fractured bones and managed to mess both sides up. Like I always say go big or go home and I don’t go home, really both sides ? Injuries, fractured left hand and wrist and a fractured right elbow which is by far the most painful.
So whats flex, well obviously not me but my attitude is. Doctor said I can start running in a few weeks and biking in 5-6. This is how I am going to make this 6 week down period go by.
First . . . 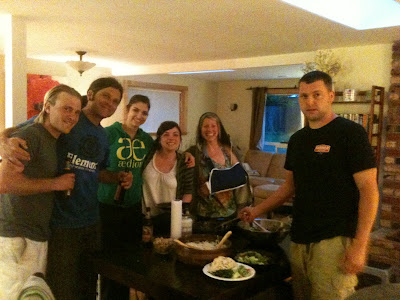 ﻿
Friends, and boy do I have a bunch. Yeah there is a girl in this picture with a broken left arm. Her name is Adrian and she’s a fast downhill girl. I busted myself up two days after she broke her arm at the Ashland Down Hill. My friends thought it would be nice to have a few people over and share stories. On top of this get together I have had so much support and am so grateful to everyone for all their thougts and efforts but I would like to ask you all to please stop brining over desserts! I think they are trying to slow me down.﻿
Second . . . 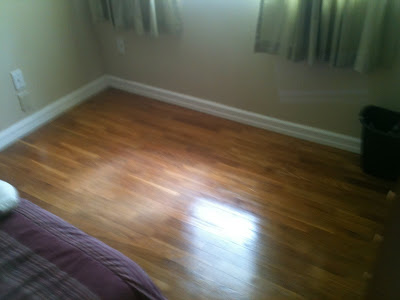 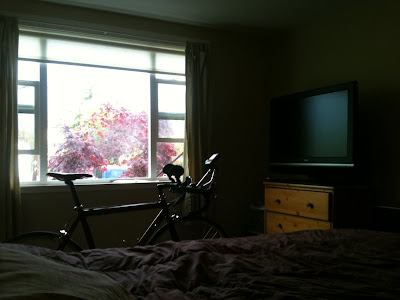 Thats right, thanks to the guys at Grammo I got myself a computrainer to borrow until I get better. Doc said I can get on this thing right away and spend as much time as I can stand. Should be in operation tomorrow.
And finally the thing I might be most excited about. Due to this injury I had to wipe a few races of my schedule, one of which is my home race only 40 minutes from the house. At least I thought I did. A friend was over talking about mountain bike racing and I asked him if he would be interested in doing the Granite-Man (http://granite-man.com/triathlon/) our local race and he said he’s not much of a runner and never swam. This is really where the flex comes into play. I offered my bike to him and suggested a relay. He accepted and instantly I was on the phone with my other buddy who can’t run anymore but I swear he lives in the water. At the end of the day we had a team. Still nameless but June 11th we will be there so watch out. I’ll be an easy spot, I’m thinking I’ll be the only person out there running in a cast. Just excited to be able to be racing!
﻿

Sure things went pretty bad that Wednesday afternoon and I lost a few races, probably have to really bust my butt to get back in shape to have a chance to qualify for Maui and absolutely my most expensive ride yet. But all things considered I feel extremely fortunate. I can honestly say I’ve never had a better group of friends, its great to have all of their support. Next race Granite-Man, not the way I thought but at this point I’ll take what I can get, I’m racing.