Well the hard work is done for the most part. Only five more days until my first race, Xterra Real. To be honest I have been looking forward to my first race of the 2011 season ever since the second I crossed at my last race of 2010. This year I have done some things different and gone at it with a little more focus. The biggest difference is having a coach. It is true that I got a later start than I would have liked to in terms of training, but I did take a few months early on to establish a strong base. These past two months I have been extremely dedicated to the schedule set by my coach, and have put in the hours and lost the sweat to validate my efforts. 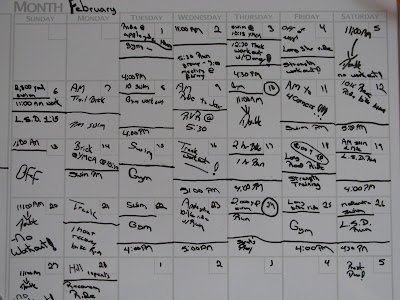 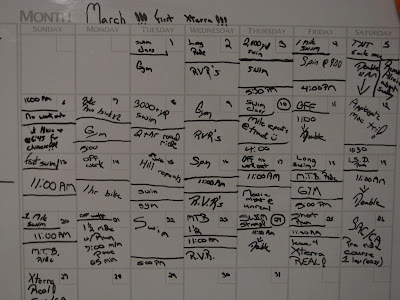 Now all that is left to do is race!!! I just hope I put in enough effort to get the results that I want. Also I am a little nervous about the new bike. I only have three rides on her. I wish I had a little more seat time, however there is no denying the fact that she is a missile. I really found that out today on a training ride. We probably climbed 2,000+ feet and I could have kept going. It seemed effortless climbing at the speeds we were. 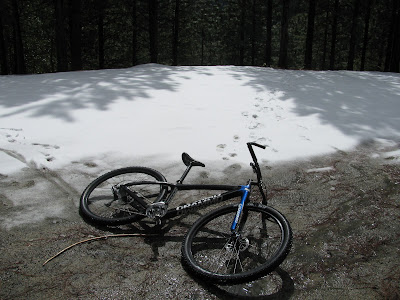 When we reached the top I was a little worried about flying down on a rigid. Like I said I only have a handful of rides on this bike and this is my first rigid! Two of the other guys today had full suspension bikes and I thought I’d be lucky if I could keep them in sight. Though when we pushed off I actually felt comfortable and all my worries about riding a rigid were set aside. I was focused on the trail ahead. It was a little sketchy on top. As you can see in the picture we had some snow to plow through. Wow that was a blast, coming around a corner and having the feeling of minimal control. 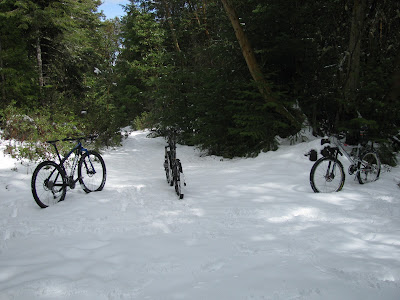 I was able to hang on just fine to my buddy ahead of me who was on a 6 inch travel rig. It was a blast of a ride today, first sunny non rainy day in what seems like three weeks. I had originally planned on setting up a front fork for this bike for the Xterra’s that might be a little more demanding and technical. But after today I don’t think I need to.One more practice ride tomorrow then I’m off to the race. My next post will be my results from Xterra Real. I can’t wait! There is something about this sport I can’t get enough of and for me it is extremely addicting. I hope to never lose the passion I have for it. 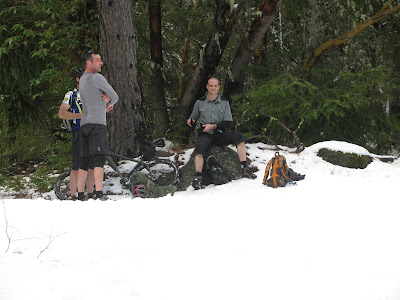 The comradery, the traveling, meeting new people, pushing your limits, feeling like sometimes you want to quit but pushing through it. I can’t say its any one of these things but all and so much more. 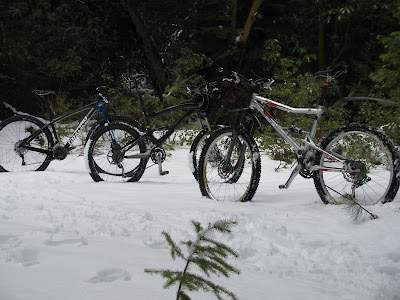 In just a few days I’ll have my first race of the season under my belt and have a good idea of where I am . Until then . . . 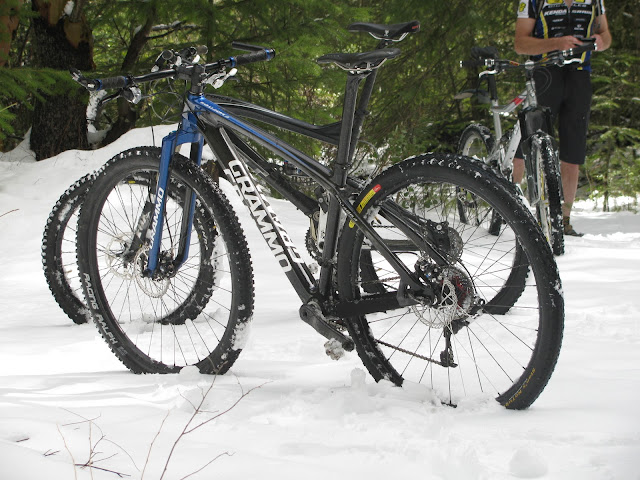