After all the traveling and racing its nice to be home for a few weeks and ride the local spots. 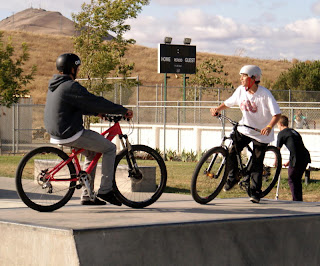 The Benicia X Park is barely 5 minutes from my house and is a go to place when ever i’m home in between races.
I headed out with a couple friends to shoot some pictures and get in some good ridding. 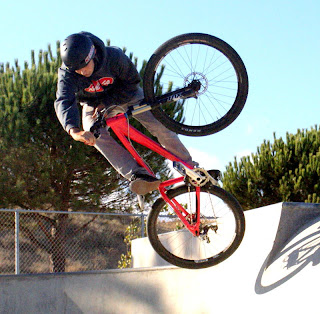 The park ended up being almost completely empty and it was ours to shred.

Matt, a close friend of mine, just built up a Unreal Junior for himself and is killing it on it.

My Junior is set up for racing with a front brake and gears on it but handles the skatepark better than my old dirt jump bike did.

The adjustable drop outs make it real easy to shorten the bike up for this kind of ridding. The bike performed amazing and have still yet to have a single issue with it. 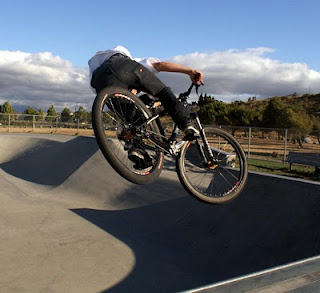 The sun was breaking through the clouds and the lighting was perfect. A close friend Jonathan came out to take some sick pictures of the action.
With no one in the park we were free to do many lines that are impossible when the park is crowded.
This is why I love coming home in between races to ride places like this and hang out with old friends. 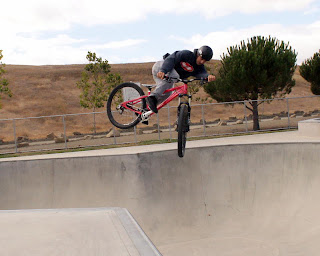 I will be going to the Fam Jam dirt jump jam up in Folsom at the Folsom Bike park this friday.
After that Ill be home for another week or two before I head down to Las Vegas to the Interbike show and then immediately head up to Mt. Hood, OR for the final round of the 2010 Fluid Ride series.

After that is the Golden State Championship in Fontana, CA and that will end off my 2010 racing season.

Id like to thank all my sponsors again for all the support: 661, One Industries, Sunline, Unreal Cycles, Fox Shox, Leatt Brace, Go Pro, Kenda USA and WTB.