2010 was meant to be the year that saw me crack the nine hour barrier, so to give myself the best chance of doing it I signed up for the Challenge Roth.

Roth allows 100 of the fastest athletes the opportunity to start just behind the pros in a separate wave, which allows for clear water and an open road to the best times. The problem is that 2010 training did not go according to plan and between travel, work, injury, blah, blah, blah, my condition while good was untested for long distance. 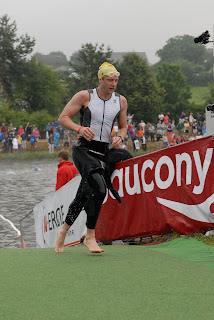 My race started out great, with a solid start and some fast feet to follow.

Shortly after that I felt ill. I have no idea what happened because I have never experience this before. In order to cope I was forced to slow considerably until my stomach settled. Around 3400m I recovered, but my swim time was damaged and I exited the water in 58 minutes, which is about 3 minutes off my expected time.

Through transition everything went well and I was off onto the bike. Genius Cronometro TT with super deep Grammo Viper 88 front wheel 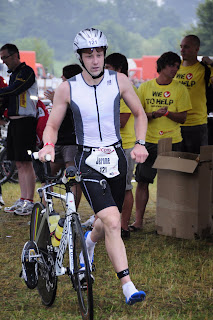 One minute and eleven seconds into the ride my disc mounted computer came off and I would be left for the rest of the day without a clue how fast or far I was going.
Turns out that the racks used in transition were the types that engage the wheel instead of the bars, and the boards that trap the wheel bumped my magnet loose..not ideal.
The mission was to dip below 5 hours on the bike, which would put me in fighting position to run into my goal time. I’ve done it before, so repeating didn’t seem impossible
The bike ride is by far the best supported ride of my life. The spectators are insane! There are people in every town and on every hill going bonkers, cheering and drinking. The Solerberg climb is straight of a Tour de France postcard with thousands of spectators standing directly in front of cyclists only to move just in the knick of time. 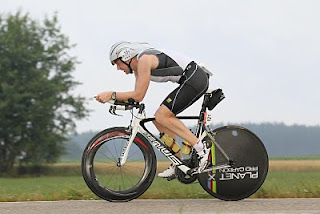 I felt strong throughout the ride, but it was far hillier than I had expected with climbs much longer and steeper than the playbook described (2km at 10% was a surprise).
So, I realized that going under 5 was not in the cards, but a solid ride was going to happen.at least I thought so.
At mile 85 (guessing since I have no computer) I am climbing a hill and a marshal pulls up next to me on a motorcycle and begins speaking to me.Problem is that he is speaking German. 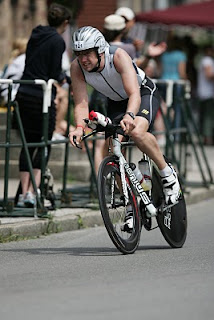 Since I only know how to order beer in German, and I sure that was not the topic at the time, I told the marshal that I only speak English. I was not aware of breaking a rule, so I thought he was just going to tell me something.
His response was, “Penalty”. To which I responded, “who”. He pointed at me. I said ,”for what”. I expected an explanation, but was greeted with, “Acht minuten”.

Without becoming vulgar, let’s just say that I was very upset.

I now needed to find a penalty tent in which to serve my 8 minute mystery penalty. If a penalty is not served a DQ is issued and I didn’t come half way across the globe to DQ. I spend the next hour looking for a penalty tent. This was an hour of sub-standard speed. I served my time and moved on..pissed.

Onto the run and I was way behind schedule, but thought I could still pull together a good run. I was running 4:30 minute kilometers which would have resulted in a very good marathon. I thought even if I fell apart I would still run sub-3:30 which would be a good day. The problem is that my unstable training put me in the position where the heart and fitness were there, but the legs were unaccustomed to the incredible pounding a marathon puts on them. At 28km I became unraveled. 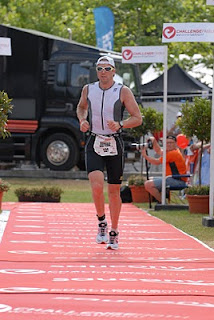 My legs were screaming in pain and it was everything I could do to just move forward.

By 39km instead of feeling the draw of the finish line I was in my own personal Hell and didn’t think I could continue. But, the spectators of Roth give you their energy and will you to move on.

I made it to the line in just over 10 hours.

I was just glad to get there.

Even more glad when the finish line catchers dropped me off at the beer tent. It was non-alcoholic, but it was a delicious break from the sports drinks I was rotting my teeth with all day.

Even though the race didn’t give me the time I was looking for, I know that is was just a coincidental sequence of events in training that were out of my control that put me in this position.

Thanks for all the support.

One thought on “A German Excursion”